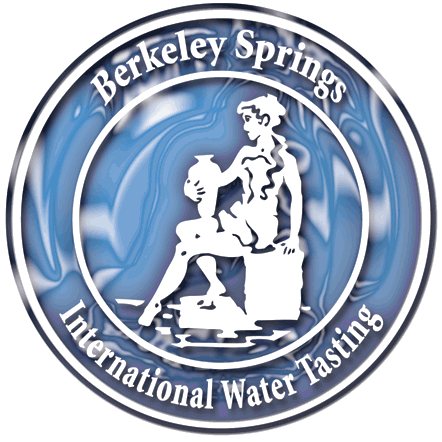 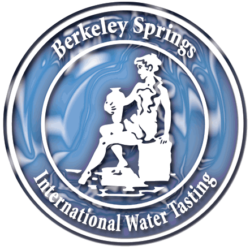 The Berkeley Springs International Water Tasting, the world’s most prestigious, gave out awards tonight to waters from three continents.

The municipal water category was a battle of champions. The top five water winners were all former gold medalists at Berkeley Springs. Village of Montpelier, OH’s water came in first judged as the Best Municipal Water in the World. All the municipal winners are American waters and most from middle America. Emporia, KS took second place while the City of Hamilton, OH won the bronze. Metropolitan Water District of Southern California placed 4th and Independence, MO, 5th.

“The consistency in winners from year to year with different panels of judges validates the choices,” remarked perennial watermaster, Arthur von Wiesenberger. “It also speaks to the impressively high caliber of the waters entered.”

The audience was filled with water enthusiasts coming from as far as New Zealand and Norway. Eleven media judges spent hours tasting and selecting from waters sourced in 19 states, five Canadian provinces and 12 foreign countries. “There were waters from two new countries this year: Costa Rica and Fiji. They joined waters from Italy, Bosnia, Greece, and Australia” said Jeanne Mozier, an event founder.

Purified waters are a relatively new addition to the water world, often municipal systems bottling their water. This year’s winners – three of the top five – are something different. They are sourced in Toronto, Canada and based on a process that oxygenates standard water. GP8 Oxygen Water won the gold medal while Thermodx Thirst Oxygen Water and Thermodx Thirst Alkaline Water are 3rd and 4th respectively. Winning the silver was hometown Berkeley Springs Purified Water while 5th was Rain Fresh Bottled Water from Garland, TX

“It was another wonderful year for the longest running and largest water tasting in the world,” said von Wiesenberger. “Berkeley Springs is the Academy Awards of water.”

The crowd was interested in the peoples’ choice packaging competition where it was their votes that chose which of the seven entrants was the most alluring. They voted the gold by an overwhelming margin to Svalbaroi Polar Iceberg Water from Longyearbyen, Norway. A pair of New Zealand waters won the silver and bronze — Waiheke Imperial was second and Antipodes, third.

Conclusion of the daylong water tasting is the famed “water rush” where the audience is invited to take home hundreds of bottles of water sent as part of the judging. “I spent about six hours arranging all the waters in a display,” said Mozier. “The crowd spent less than ten minutes making it all disappear. It’s like a Tibetan sand mandala,” she laughed. “I was pleased to see our favorite couple from Brooklyn in the rush. Peter and Cynthia Lloyd come every year especially for the water tasting – and the rush.”

The eleven media judges selected by Klein Rone included representatives from various regional and national media including television and online magazines. They were instructed by von Wiesenberger to look, sniff and taste each water under guidelines similar to those in a wine tasting. The waters were rated for each attribute including appearance (it should be clear – or slightly opaque for glacial waters), aroma (there should be none), taste (it should taste clean), mouth feel (it should feel light), aftertaste (it should leave you thirsty for more). Waters were tasted in four separate flights over two days.

“The judges job is crucial and so is their training,” said Mozier. “We present all our judges with a diploma designating them as a Certified Water Taster.”

The 28th annual Berkeley Springs International Water Tasting is scheduled for Saturday, February 24, 2018. The event seminar on Friday and Saturday’s award ceremony were live streamed on the Berkeley Springs, WV Facebook page operated by the Morgan Arts Council’s Digital Media Center. For more information on Berkeley Springs or its water tasting, call 1-800-447-8797 or check the website.